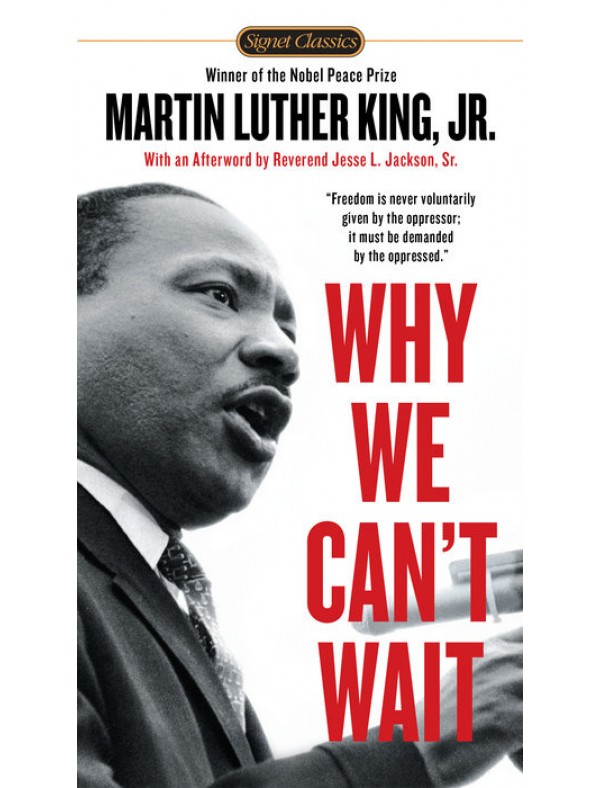 Add to Wish List Compare this Product
Martin Luther King’s classic exploration of the events and forces behind the Civil Rights Movement—including his Letter from Birmingham Jail, April 16, 1963.
“There comes a time when the cup of endurance runs over, and men are no longer willing to be plunged into the abyss of despair.”
In 1963, Birmingham, Alabama, was perhaps the most racially segregated city in the United States. The campaign launched by Dr. Martin Luther King, Jr., and the Civil Rights movement on the segregated streets of Birmingham demonstrated to the world the power of nonviolent direct action.
In this remarkable book—winner of the Nobel Peace Prize—Dr. King recounts the story of Birmingham in vivid detail, tracing the history of the struggle for civil rights back to its beginnings three centuries ago and looking to the future, assessing the work to be done beyond Birmingham to bring about full equality for African Americans. Above all, Dr. King offers an eloquent and penetrating analysis of the events and pressures that propelled the Civil Rights movement from lunch counter sit-ins and prayer marches to the forefront of American consciousness.