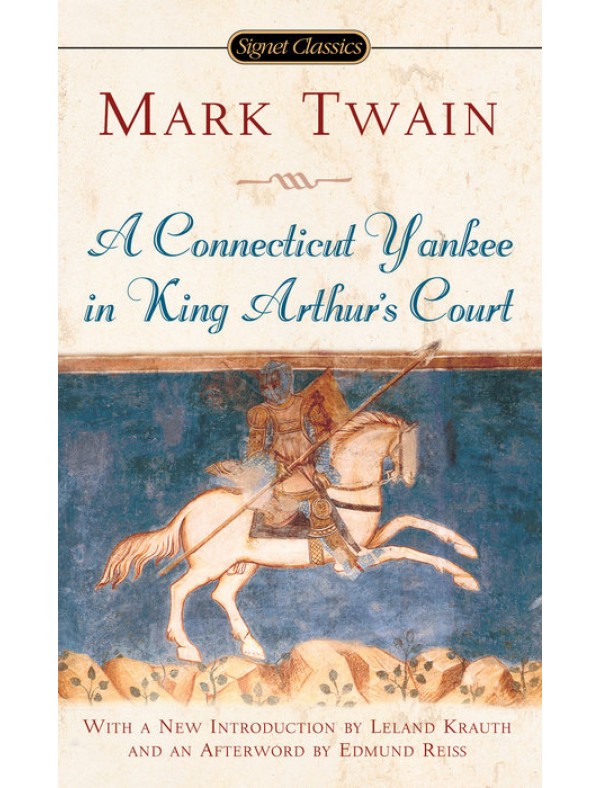 Add to Wish List Compare this Product
Mark Twain moves from broad comedy to biting social satire in this literary classic.
Cracked on the head by a crowbar in nineteenth-century Connecticut, Hank Morgan wakes to find himself in King Arthur’s England. After using his knoweldge of an upcoming solar eclipse to escape a death sentence, Hank must then navigate his way through a medieval world whose idyllic surface masks fear, injustice, and ignorance.
Considered by H. L. Mencken to be “the most bitter critic of American platitude and delusion…that ever lived,” Twain enchants readers with a Camelot that strikes disturbingly contemporary notes in this acclaimed tour de force that encompasses both the pure joy of wild high jinks and deeply probing insights into the nature of man.
With an Introduction by Leland Krauth
And an Afterword by Edmund Reiss